Update 1.5 is now available with new features focused on providing more sophisticated interaction techniques around dragging and pressure feedback. These new capabilities come via new types of Actions available to add to your layers:

New in this update:

Interaction Mapping: When a layer changes this – change that!

What are interaction mappers?

The example above shows the vertical Y-scroll offset of a Scroll Layer mapped to the "Stroke End" value of a Shape Layer. This has the effect of "drawing" the ring outline as the layer scrolls down.

One special use case of using mappers is driving the progress of all of the animations attached to a layer and its sublayers in response to a drag, scroll, or pressure event. This exact technique was shown in detail at a fantastic talk given at this year's WWDC: Session 235 – Building Visually Rich User Experiences. 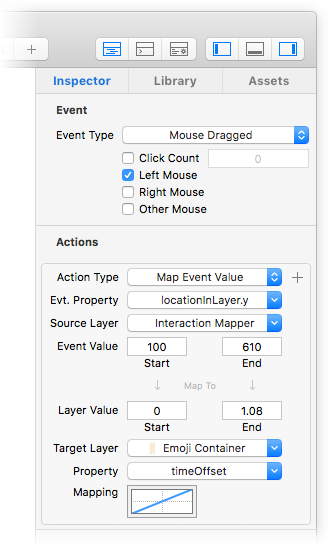 Three new Actions are available to you in the Actions inspector for responding to pressure change events on your device. General pressure changes will trigger the new "Pressure Changed" action. The Peek and Pop actions will allow you to prototype peek and pop interactions on devices that support pressure feedback (iPhone 6s+ and Force Touch Trackpads).

When you combine the Pressure Changed event along with a new Interaction Mapper mentioned above, you can achieve some really great effects by driving blurs, opacities, and other animations from the amount of pressured applied with your touch.

Note: platform limitations only allow filters, like blurs, to take effect on macOS. 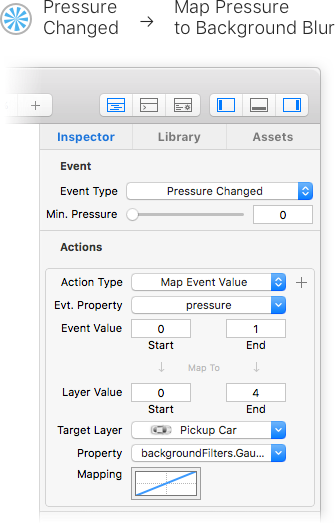 With the ability to capture pressure events, you can now easily prototype Peek and Pop interactions with the new Peek Action and Pop Action. Just setup the animations you want to fire for these events on your layers and try them out on your iOS device or Mac with a haptic track pad. 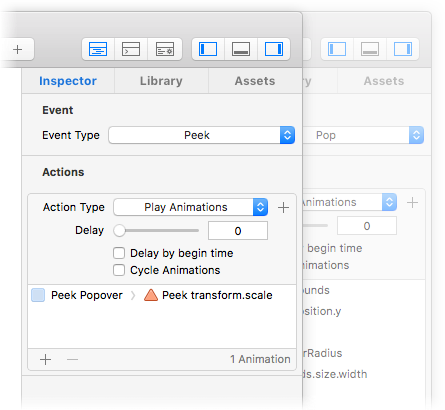 To get the update, click Kite > Check For Updates... in Kite’s main menu.

Also be sure to check for updates to the Kite for iOS app. The iOS app has been updated to support Peek, Pop, Pressure, and Value Mapper actions! The KiteKit Framework has also been updated with these features.